Neighbourhood Legal Services (London & Middlesex) (“NLSLM”) is a legal clinic funded by Legal Aid Ontario. A group of volunteer board of directors runs the clinic. All help is private and confidential.

We serve low-income residents from anywhere in the City of London and Middlesex County.

Our aim is to be as accessible as possible to those who may need our services. We are committed to adapting our services to meet community needs and working with individuals, groups and service providers to improve legal rights and promote access to justice. Our staff and board members are active in local as well as provincial networks, agencies and coalitions to further this goal.

Our clinic is physically accessible for persons with disabilities. We will arrange for interpretation services if they are required.

History of Clinics under Legal Aid 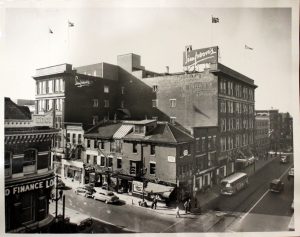 In 1967, the Ontario Government introduced legislation to create the Ontario Legal Aid Plan. This was the first formal system of government funded legal assistance.  Providing equal access to justice for poor people has remained the guiding principle for legal aid in the province ever since.

Community legal clinics were designed to fill gaps in services to low income people. The idea was to provide what has become known as “poverty law” services, areas of law such as welfare, tenant disputes, workers’ compensation and employment insurance. The first Ontario clinic was Parkdale Community Legal Services in Toronto. It opened its doors in 1971. 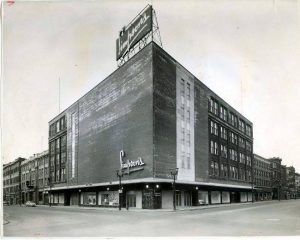 NLSLM first opened on April 28, 1986. In the first year we opened over 400 files and gave advice to more than 650 people. The clinic has also been involved in public legal education, legal reform, and community organization since this time.

In 1998, NLSLM announced that it has earned the designation as an organization providing public services in French under the French Languages Services Act. This law guarantees the public the right to receive services in French from the departments and agencies of the Government of Ontario in 25 designated areas, including London.

In 2015, NLSLM received an increase in funding. This allowed us provide new legal services in other arreas of law and it increased the financial eligibility cut-off making more people eligible for our services. Today, we provide legal assistance in the areas of Ontario Works, Ontario Disability Support Program, Canadian Pension Plan, workers’ rights including wrongful dismissal, landlord and tenant disputes, and affidavits and notary services.

In 2016 we joined with the Elgin-Oxford Legal Clinic and the Huron Perth Legal Clinic, in an initiative designed to improve access to justice for the First Nations/Inuit/Metis community residing in Chippewa of the Thames, Oneida of the Thames, Munsee-Delaware, Elgin and Oxford Counties, London and Middlesex as well as Huron and Perth Counties.
The program’s goals are to: