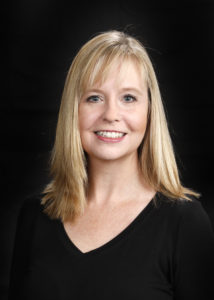 Kristie Pagniello has worked as a staff lawyer at Neighbourhood Legal Services (London & Middlesex) since 2001, having previously articled and practiced at Seabrook Epstein St. Marie & Miller in London.  She has a Masters Degree in Sociology, with a Specialization in Criminology, and a Law Degree from the University of Windsor.

Kristie works on the social assistance side of NLSLM representing clients before administrative tribunals regarding Ontario Works, Ontario Disability Support Program, Canada Pension Plan Disability, and Criminal Injuries Compensation.  She has a particular interest in student development work and as such coordinates and supervises the student placements from King’s College School of Social Work, Fanshawe Paralegal Studies, and Ryerson’s Law Practice Program. Kristie is also a part-time professor at Fanshawe College in the Post Graduate Paralegal Studies program, teaching Tribunal Practice and Procedure.

Mike is a senior staff lawyer at Neighbourhood Legal Services (London & Middlesex) and has worked at the clinic for over 25 years.  He concentrates his work on social assistance issues and has engaged in many law reform efforts and enjoys participating in community development. Mike has chaired the OW & ODSP Advocates Group since 1995.

Although born and raised in the lovely town of Sarnia, Mike attended undergraduate studies at King’s College in London and completed his law degree at the University of Western Ontario Law School.  He also has a teaching degree.  Mike articled at a large law firm in London but much prefers practicing law at a legal clinic.

In 2017, Mike received a Canada 150 medal recognizing him for his contributions to our nation in all his years of service! 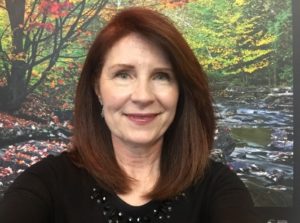 Monica has also worked at Legal Clinics in Sarnia and Windsor. 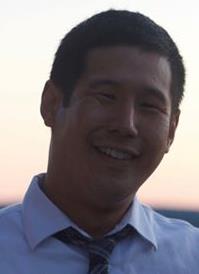 Justin has been a staff lawyer at Neighbourhood Legal Services (London & Middlesex) since August 2015. He is currently the primary lawyer who provides employment law services at our office. Justin graduated from the Faculty of Law at the University of Ottawa in 2014 and was called to the bar in 2015. He was employed at the Belleville Community Advocacy & Legal Centre, primarily doing Ontario Disability Support Program appeals, prior to joining NLSLM.

Justin has always been interested in poverty law issues. Justin completed his Bachelor of Arts in Criminology and Criminal Justice at Carleton University. Justin did a full year work placement with Jonathan Boss, a solo-practitioner of Criminal Law, prior to being admitted to law school. Furthermore, he has volunteered with both the Ottawa Mission and the Royal Ottawa Mental Health Centre during his undergraduate years. 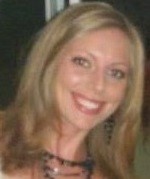 Allison has been a staff lawyer at Neighbourhood Legal Services (London & Middlesex) since August 2018. She is currently the primary lawyer who provides housing law services at our office.

Allison graduated from Osgoode Hall Law School in 2015 and was called to the bar in 2016. During Her time at Osgoode she was a Division Leader in the Administrative Law Division at the Community and Legal Aide Services Program. With a continued passion for social justice she articled at Parkdale Community Legal Services, developing her skills in all areas of clinic law. 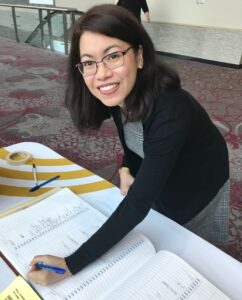 Aulaire started at Neighbourhood Legal Services (London & Middlesex) in January 2019 as a student-at-law under the Ryerson University Law Practice Program with her placement mainly focusing on social assistance and criminal injuries compensation. She was hired as a Staff Lawyer in October 2019. She now mainly represents and advises on social assistance matters (OW, ODSP, and CPP-D Appeals).

Aulaire has a Bachelor of Science in Economics and was a licensed paralegal prior to becoming a lawyer. 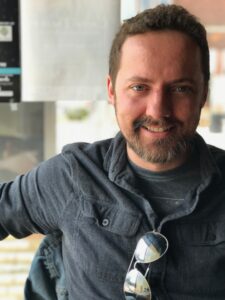 James started full-time practice with Neighbourhood Legal Services (London and Middlesex) after completing his Law Practice Program work placement with the London clinic.  James was called to the bar since June 2021 after graduating from the University of Windsor Faculty of Law in 2020.  Through his education, James has clinic experience in the areas of housing law, social assistance, employment law, criminal law, and consumer protection.  With NLSLM, James has primarily practiced in the areas of social assistance and housing law.

James graduated from Simon Fraser University in Vancouver with two bachelors’ degrees in  Communication and English.   As a lawyer, James also has a passion for client-centred advocacy and gained certification in Mediation through Conrad-Grebel University College at the University of Waterloo during his time at Windsor Law to optimize client outcomes.  In a similar manner, James is excited to work with NLSLM as they devote themselves to the pursuit of clients’ interests and everyday needs in service of London and the wider Middlesex community. 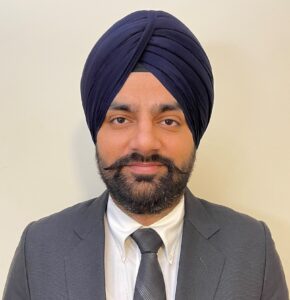 Maninder has been a staff lawyer at Neighbourhood Legal Services (London & Middlesex) since June 2022. Prior to his current role, he completed his Law Practice Program work placement at the clinic. He is a dual licensed attorney (Ontario, Canada and India). Experienced in all areas of clinic law, he mainly provides legal advice and representation in employment law and social assistance matters before various administrative tribunals including Ontario Works, Ontario Disability Support Program, and Canada Pension Plan disability appeals. 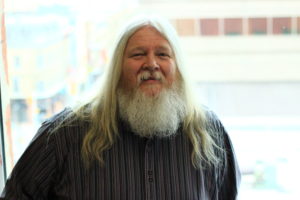 Micheal is our Tenant Duty Counsel, providing summary advice to residential tenants about their legal rights and responsibilities. He is a highly experienced paralegal, and a graduate of Fanshawe College. 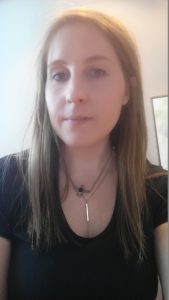 Betsy is a licensed paralegal who focuses on housing law at Neighbourhood Legal Services (London & Middlesex). Betsy first came to NLSLM as a student in 2014 through the Paralegal Program at Fanshawe College. After her placement ended she chose to remain at the clinic to assist in any way she could through volunteering, part-time support work and assisting with tenant duty counsel services, until the clinic was able to hire her full time.

In addition to her focus on tenant rights, Betsy enjoys engaging in community outreach. Betsy is currently serving her third term on the Board of Directors of the Independent Living Centre London & Area, a community resource centre for people with any kind of disability. 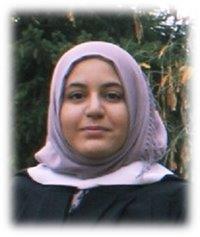 Sabreen is a licensed Paralegal providing  legal advice and representation in Employment Law. Prior to her current role, Sabreen worked as  Tenant Duty Counsel, providing summary advice to tenants at the Landlord and Tenant Board and the clinic.

Sabreen completed her Bachelor’s degree from Western University in 2015 and Fanshawe College’s Post Graduate Paralegal program in 2017. After completing her studies, Sabreen joined Neighbourhood Legal Services London and Middlesex as a volunteer. Sabreen officially joined the clinic in March 2018, and has had the opportunity to provide services in most areas in the clinic. 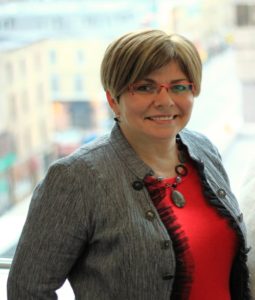 Erika was born and raised in Romania and worked as a substitute kindergarten and elementary school teacher after completing her college education in Cluj Napoca, Romania.

Erika emigrated to Austria in 1986 and lived there for a year prior to coming to Canada.  After learning English at Fanshawe College’s English as a Second Language program, she was accepted to the Women Immigrants of London Office Procedures program.  She was hired at Neighbourhood Legal Services (London & Middlesex) in December 1988, first as support staff, and since 2002 as Office Manager.  Her responsibilities are wide-ranging and encompass all facets of running the office as smoothly as possible – dealing with staff, Board, clients and Legal Aid Ontario, administration, equipment, facilities, policies, finances.

Erika is a voracious reader and loves fashion, photography, architecture, design and decorating. 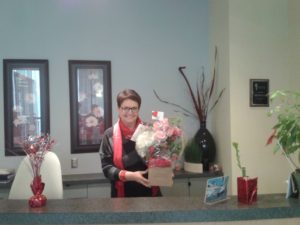 Ewa was born and raised in Poland and completed her University education in Warsaw.  She emigrated to Italy where she worked in a refugee camp for two years assisting immigrants from all over Europe.

Ewa came to Canada in 1988 and was accepted for a one year Immigrant Community Outreach program.  During that program, and while also completing classes at the University of Western Ontario and Fanshawe College, Ewa participated in placements at the Cross Cultural Learner Centre, Women Immigrants of London, and Glen Cairn Community Resource Centre.  Her work in those placements combined with her earlier work in a refugee camp, gave her great knowledge and experience in dealing with people and their various challenges arising out of poverty and struggle.  Her experience and education allowed her to be hired as secretary/receptionist/intake worker at Neighbourhood Legal Services (London & Middlesex) in 1990. All these years later she continues to enjoy her job largely because of her compassionate and caring attitude and eagerness to help people Theresa works as the clinic’s Housing Support Worker, helping clients by providing legal information and referrals, and assisting legal staff with their cases.

Theresa is a passionate advocate who comes to us with 4 years of experience as a constituency assistant to various Members of Provincial Parliament in London. She has many community connections from that work.

Theresa graduated from Simon Fraser University in Vancouver, BC with a degree in Communications and Media Studies in 1993, going on to complete an MA in Social and Political Thought from York University in Toronto in 1996. She worked for 12 years on Parliament Hill in Ottawa for the NDP Caucus.

When she’s not scuba diving in Cuba, Theresa enjoys dog walking and sewing up a storm; mostly costumes for her 6 grandchildren.